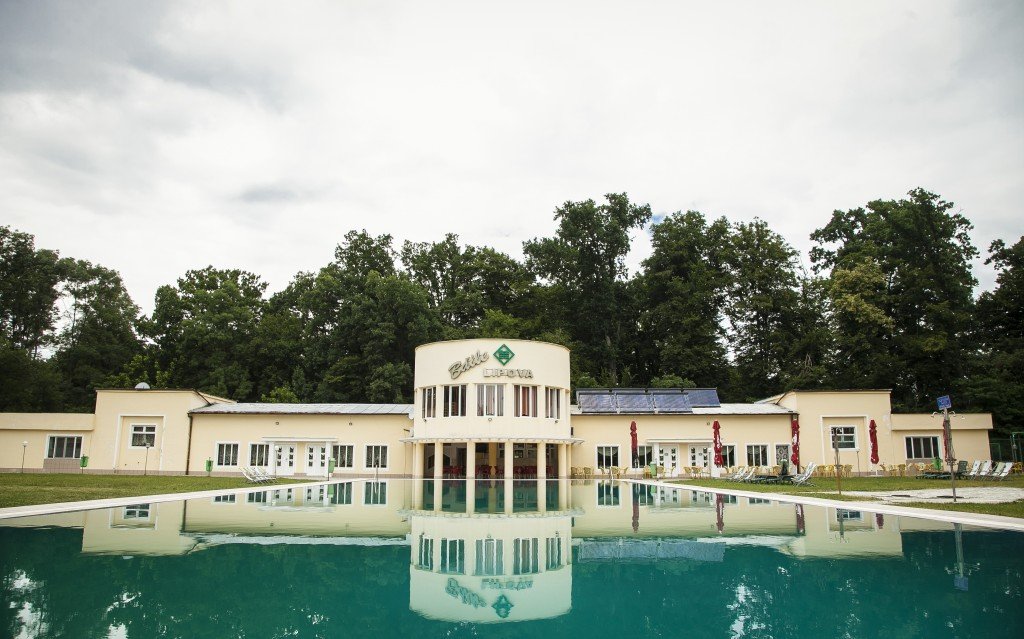 Baile Lipova Resort, rich in carbonated water, has been well-known even from the 18th century.

The resort was built 100 years ago, near the mineral water springs, which were used in medical treatments.

The local mineral water was discovered by the shepherds at the beginning of the 19th century. The qualities of the water are preserved at least six months, meanwhile the water keeps its fresh taste.

The legend says that the waters were discovered by some shepherds while moving the flocks to Banat.

Stopping, in the middle of the forest, they found a spring from which they drank water. They called it “sour water” (because it contained carbon dioxide).

Bottling and marketing of this mineral water produced in this resort begins after the year 1900, when the mineral water springs belonged to the Gloria Bank from Lipova.

In 1928 Lipova water participates at an exhibition in Bucharest, where it will be awarded the gold medal, turning into Borvizul from Lipova, supplier of the Royal House. Thus, during interwar, the Royal House choses to drink mineral water from Lipova.

The balneal resort Lipova dates, as a treatment unity, from the year 1892.

In 1902 the construction of the accommodation pavilions begins, and in 1905 those for hot tubs and spas.

In 1933 the swimming pool and the brasserie are being built, and after the year 1945 the recreational area of the resort is being modernized.

Nowadays, the resort offers accommodation and camping conditions at the highest standards, the price being affordable for tourists.

Also, for those who love fishing and are eager for relaxation, the resort puts at their disposal a pond fish where one can find carp, sheatfish and crucian.

The diversity of services offered by Lipova resort continues with a special place for shows and concerts, with a stage and chairs.

Baile Lipova resort has its own Orthodox Church, which is waiting for those who are nearby, every Sunday and also every Religious Holliday to spend a few moments of spiritual fullness.

Thus, as a result of big investments, Baile Lipova resort can be called today “The Pearl of River Mures”, offering a great diversity of services and an atmosphere specific to major European resorts.