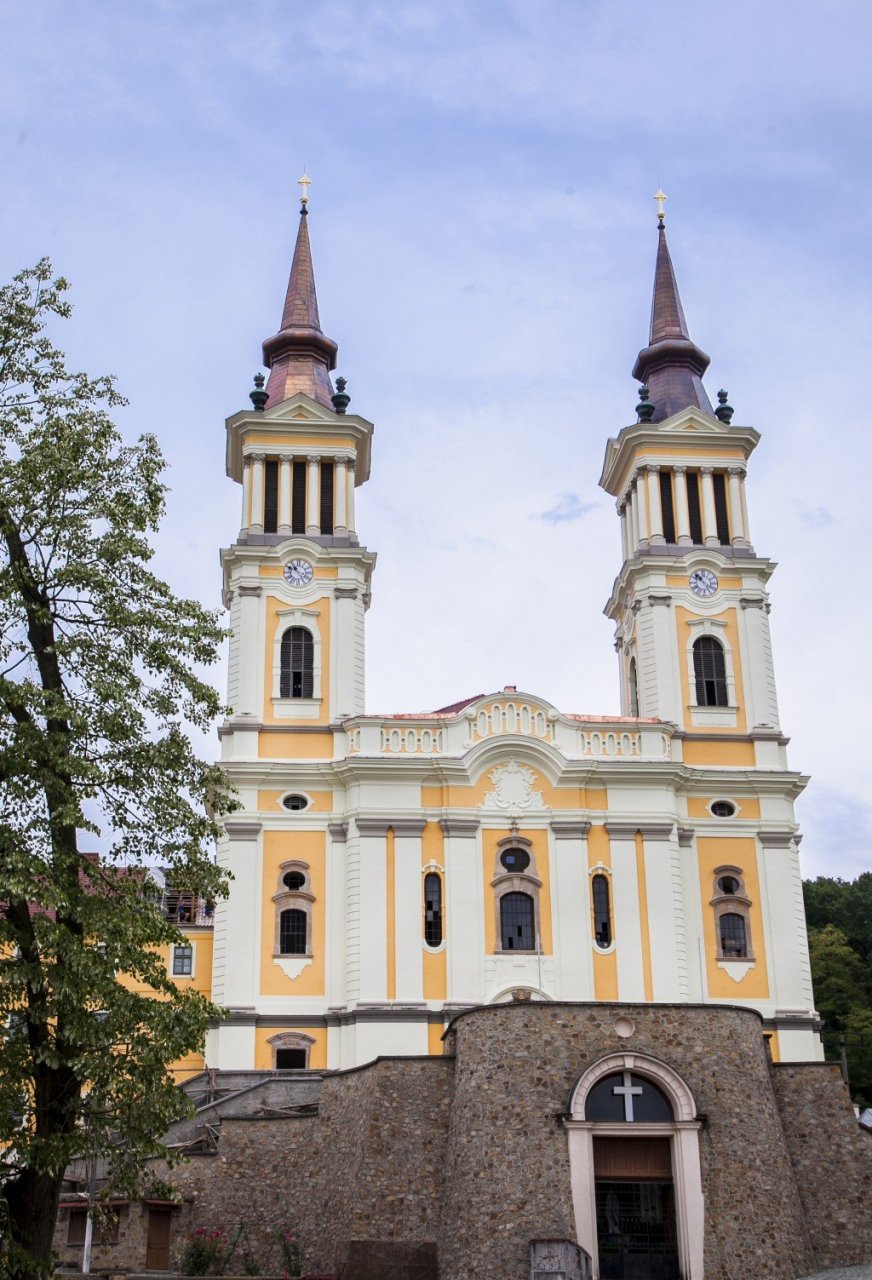 The foundation stone, in the form it has nowadays, was laid in the year 1756. The first church, on the same place, being built in 1520, was destroyed by the Turks.
The Catholic Church was built by the Franciscan monks who came from Bosnia.
The church has 58 meters in height, one main altar in white Carrara marble and also secondary altars. It is built in the Baroque style.
The church and the monastery buildings surround a rectangular courtyard. The buildings have hallways from which one can enter the rooms which were once the cells of the monks. The monks were evacuated in 1941, and since 1949 the buildings have been converted into old foster care.
The church is being painted in 1902, and in 1905 the organ is installed.
In 1911 the towers rise 31 meters.
In 1912, 40 oak benches are being ordered and installed.